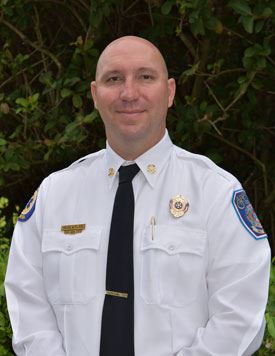 The Apopka Fire Department is a professional and dedicated organization boasting a team of 132 combat firefighters and three civilian staff. Apopka Fire Department is constantly evolving to meet the ever-changing demands of the community. Our organization is guided by moral and ethical principals in providing the highest level of quality of services, training and professional development, fiscal responsibility, and direct community interaction and involvement.

The men and women of the Apopka Fire Department are forever committed to successfully responding to and mitigating the challenges of fire and emergency services by providing excellent service in protecting the community and its visitors in the event of any emergency or disaster. We will accomplish this through the effective use of current techniques in fire suppression, vehicle extrication, hazardous materials mitigation, emergency medical services, fire prevention, public education, and community risk reduction. We exist to care for, protect, and serve our community.

About the Fire Chief

During his tenure at the Apopka Fire Department Sean has worked his way up through the ranks. He finished the Paramedic Program in 2004, was promoted to Lieutenant in 2007, and Assistant Fire Chief in 2014.

As an Assistant Chief, Sean served in many capacities. His duties include management of all fire apparatus equipment records, maintenance, and testing. He worked closely with the department’s District Chiefs and Special Hazards Operations Team. He developed, managed, and coordinated all fire department training and its instructors. Sean serves as the City’s FEMA coordinator during EOC activations and is heavily involved with the department’s grant writing processes.

Chief Wylam is a State and Nationally certified Fire Instructor, Fire Investigator, Fire Safety Inspector, and is a FEMA certified Emergency Program Manager. In 2018, Sean became the first in the department’s history to earn the State of Florida’s highest certification for Chief Officers, Fire Officer IV. Sean has degrees in Fire Science, EMS, and is a graduate of both the University of Florida’s Executive Fire Officer (EFO), and Fire and Emergency Services Management Programs. He has completed the Fire Investigations and Special Operations Program Management at the National Fire Academy. Chief Wylam has been awarded the professional designated as a "Chief Fire Officer" (CFO) by the Center of Public Safety Excellence. In 2020 Sean was accepted into the Institution of Fire Engineers (IFE) at the Member Grade Level (MIFireE).

Sean has lived in Central Florida his entire life, and in Apopka for the last 20 years. He is married and he and his wife have one daughter.